So, I haven’t tabulated how much we have spent on our house. Honestly, I’m scared to count it. It’s definitely a crazy high number that is going to make me weep.

I’m beginning to wonder if we made the right choice. I wonder if we are going to be able to do it. For some reason, I keep thinking of how much money is coming in, and much money is going out, and suddenly it doesn’t seem like there’s going to be much leftover. 2012 was a year of renting and saving aggressively. Except I want 2014 to be another year of saving and investing aggressively at the same time as being homeowners. Is it even possible, I dare to ask?

I did briefly add how much we spent at Lowe’s over Christmas break and it was frightening. It was almost $2,000 for material to fix up the house. As a first time homeowner these costs seem astonishing. We could have gone on vacation twice if I had worked my travel saviness.

A house diagonally across from us went up for sale last week, and it’s in contingent status. It’s actually the same model as the Peachtree house we bid in August. It’s beautifully renovated and priced $25,000 more than what we bought ours at. What’s funny is that it was foreclosed on in 2009 at half of what it’s selling for now. Gives me hope with what we can do with our house, but will it be that expensive? We already spent $2,000, which means we have $23,000 to go to make it that beautiful.

When we were first looking for houses and decided upon a fixer upper, I had all these projects in mind. I would walk around and think we’re going to do this and this and that and of and that too. But we moved in a month ago and I think improvements are going to happen over time. One, we have to save our pennies for the home improvement projects. Two, we have to figure out how to do them. Three, time is not infinite. Sometimes we may choose to lounge around to recover from the week, or go out with friends, or go workout. And now I have to figure out how we’re going to pay for this massive credit card bill we will be getting this month.

What are your thoughts on buying a fixer-upper?

Although these can be greatly useful in the short term, realistically in the long term it can seriously damage your financial assets repeatedly using one. 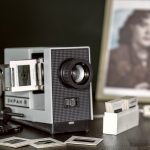 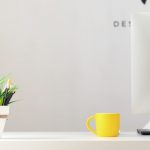